Believe it or not, my baby just turned 3 yesterday!! We celebrated on Saturday with Hayes very first friends birthday party. We had to make it a cars birthday (of course), since Hayes is obsessed with all things that have tires. 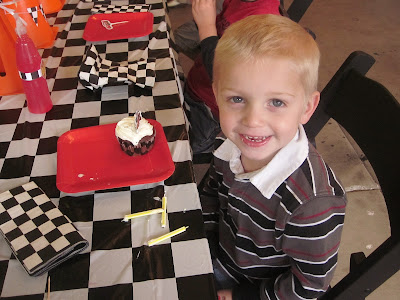 Of course we had to do the car party in the garage. It only seemed fitting. I had SUCH a great time putting stuff together goodie, games and decorating for it.
Here are the invites that we handed out to all Hayes friends...

Each ticket was on a lanyard so that they could wear it to the party if they wanted to. 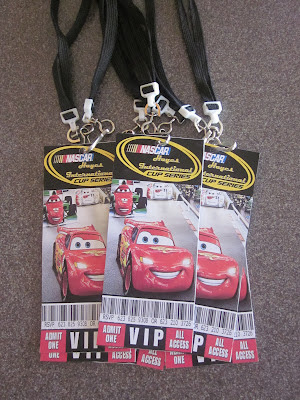 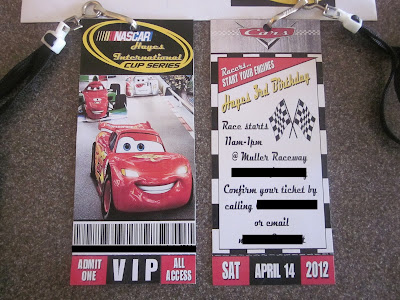 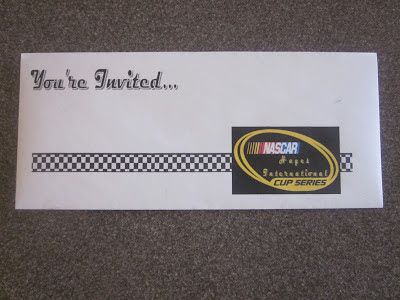 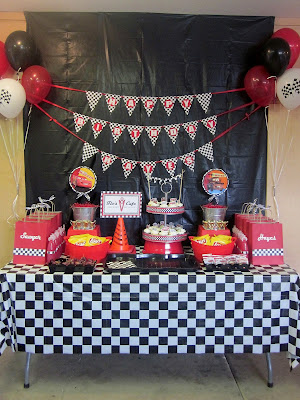 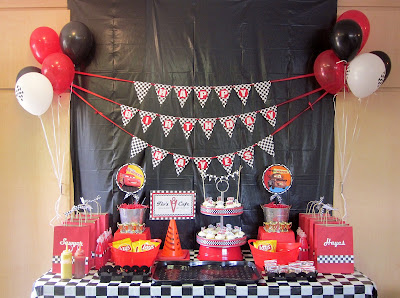 Thanks so much to my friend Holly for cutting out my triangle for the pennant flags (both large & small on over the cupcakes) on her cricket!! 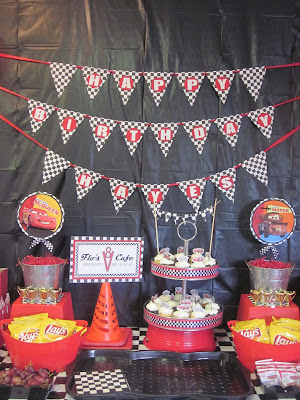 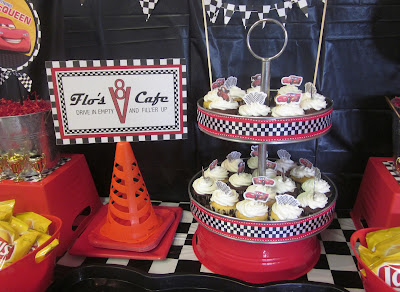 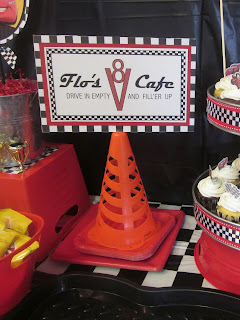 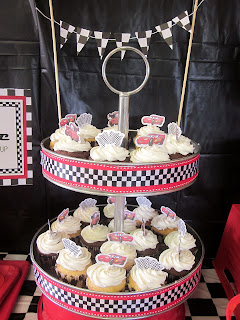 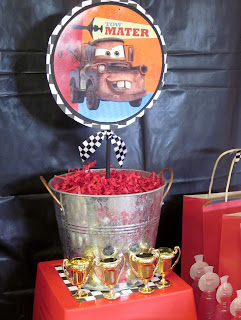 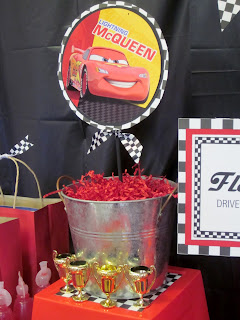 I looked EVERYWHERE for CARS water bottles for each of the kids to take home but couldn't find them. So...these kool-aid jammers were going to have to work. And they did. I added a small piece of paper around each one. 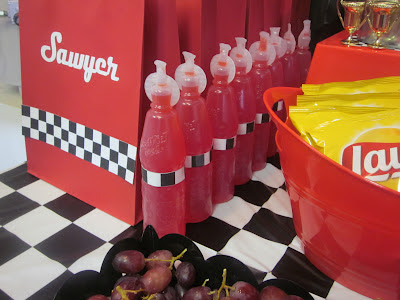 Eating Table & Place Settings
For the juice bottles on the table, I also added the "Rust-eze" label. 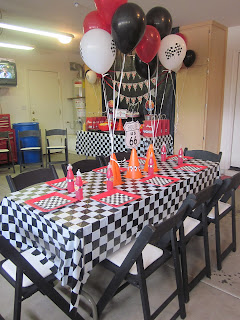 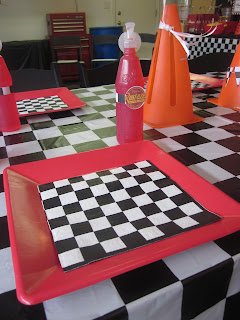 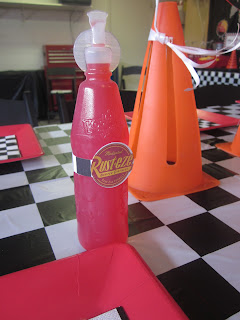 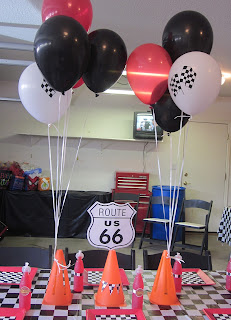 As the kiddos arrived, we took their pics in the go-cart. We really wanted to take them for rides. But try as we might, we could NOT get the darn thing fixed before the party. Oh Well... 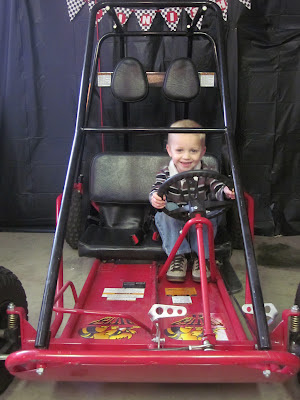 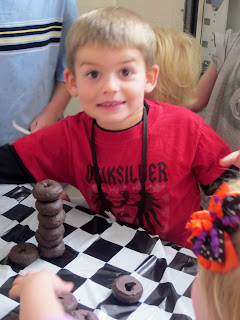 ~GOODIE BAGS~
Believe it or not...I found EVERYTHING in this goodie bags @ the dollar tree. Some of the items were 4 or 6 to a pack!! Even the CARS action figures were found there!!
Each kiddo was sent home with their own personalized goodie bag along with a small gold piston cup. 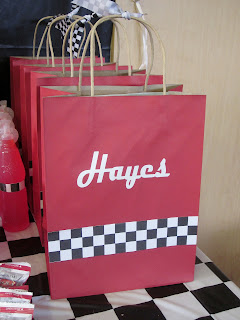 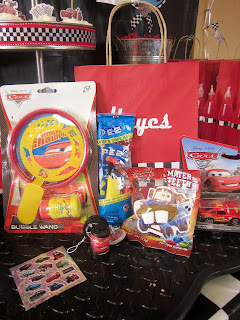 It was a great 3rd birthday for Hayes!!
Posted by Alyssa Muller at 11:30 AM

Alyssa Muller
Peoria, AZ, United States
I am one busy mom to 4 busy boys. In my spare time I love to decorate, plan parties, entertain, & craft. Most of the time I can't think straight but I'm loving every minute of it.